Some things I see on my usual ride by approximate distance from start:

Actually, for the most part I see the wall around Bob Hope’s house, but you can see it when you get to the gate. Toluca Lake is currently fighting to stop demolition on the property. 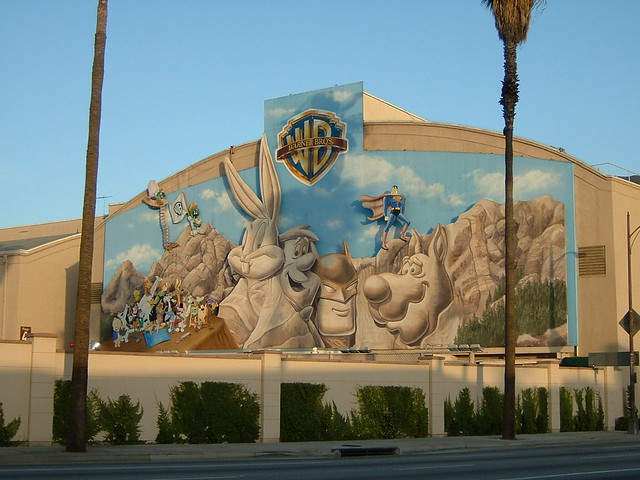 The mural at Warner Brothers changes. The image above was how it looked in 2003. In 2009 it was redone with a focus on superheroes (but Daffy & Bugs still showed up).

The coolest thing about this version: It’s hard to see in the daytime, but at night the heroes were fairly dark and villains were projected across the bottom!

Now it’s a Teen Titans Go! mural. It’s got a lot of fun comic book in-jokes, but I miss the villains.

This site uses Akismet to reduce spam. Learn how your comment data is processed.